We support The Bulgarian Orphans Fund

To date Fusion has raised : £1970
for The Bulgarian Orphans Fund
We are absolutely delighted to be able to raise a small amount of funds from each performance to this special direct-aid charity.
Our grateful thanks to all who have donated through Fusion and made a difference. 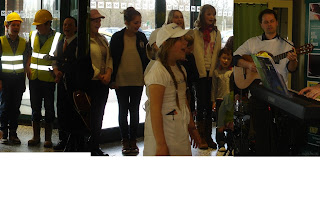 ABOUT THE FUND: The Bulgarian Orphans Fund is a direct-aid charity run by journalist and broadcaster Tony Scotland. UK Registered charity no. 1139390  Tony visits a number of orphanages and state-run homes in Bulgaria twice a year. As he covers all his expenses himself, 100% of money raised for BOF goes directly to support where it is needed. The Fund aims to source the items needed in Bulgaria, thus also supporting their economy. Every single penny is used to benefit the children, many of whom have been abandoned to state-run homes by their parents in a culture where disability is social abhorrent.


Fusion on Wheels! Update: July 2013
Fusion has raised enough money to pay for part of this car, which has been bought by BOF to transport disabled children from their homes to the Peter Beron school for care and education.  Without BOF's help, these children would not be able to attend the school.
They are currently looking into writing 'Fusion Musical Theatre' down the side of the car, to remind them of their friends in the Waveney Valley. 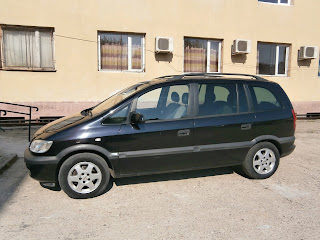 Fusion members have the unusual opportunity to support this charity through their performance and to use their voices to raise money for this very worthwhile cause. As far as we are aware, we are the only theatre group to operate in this way.
Voluntary audience donations from Fusion events plus donations from Friends of Fusion have supported  The Bulgarian Orphans Fund since 2011.
Through BOF, FUSION donations have provided a music teacher, a piano, swings and a slide, orthopedic shoes and other items for disabled children at The Beter Beron Home and School in Haskovo.